Heartworm Disease Can Threaten the Life of Your Pet 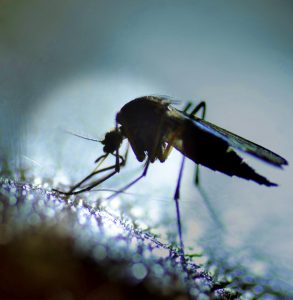 Although heartworm disease is preventable, it continues to put thousands of dogs, cats, and ferrets at serious risk in all 50 states. This is, in part, due to some misconceptions about heartworm prevention, such as the idea that it is only a ‘seasonal worry’, and therefore medications only need to be used during springs and summer.

This risky gamble leaves many pets susceptible to the infection. In fact, here in California, many parasitic diseases are on the rise because of our mild climate, making it possible for these vector-borne illnesses to be transmitted year-round.

The Facts About Heartworm Disease

Dirofilaria immitis, the parasitic worm that is the cause of heartworm disease, is spread through the bite of a mosquito that has acquired this parasite by feeding on an infected animal (typically, other infected dogs or canids like coyotes and foxes).

The lifecycle of heartworm progresses when the mosquito bites an infected animal. During this time, tiny worms or microfilariae enter the mosquito host where they develop into larvae. Interestingly, the microfilariae are not a risk on their own and must use the mosquito as a host before they can disseminate heartworm.

Once the infected mosquito bites another animal, these larvae move through the bloodstream over the course of several weeks to months, developing into adult heartworms. Eventually they find their way to the arteries of the heart and lungs, and continue to reproduce, starting the next generation of heartworms until these organs become congested.

While many pet owners may recognize the heartworm as a spaghetti-like worm of about 4-6 inches in length, there are many risk and health factors that remain surprising:

When heartworm disease produces physical symptoms, these often include:

Unfortunately, many symptoms do not appear obvious to pet owners until they pose the risk of life-threatening illness.

Treatment is complex in dogs and involves several months of monitoring for re-infection. Medications in the form of monthly injections, oral antibiotics, and sometimes surgery are used to kill the existing worms, while the potential for secondary complications is closely monitored.

Treating heartworm in cats is even more difficult in that therapies often only target the symptoms rather than the heartworms themselves.

Because the prevention of heartworm disease is a more viable, effective, and financially sound option for pet owners than the treatment of an already infected pet, the team at The Whole Pet Vet Hospital and Wellness Center recommends a year-round preventative for your pet.

To learn more about safe options for heartworm prevention, please contact us.

At The Whole Pet Vet, we are committed to maintaining your pet’s health at every age.

We Have Your Pet’s Whole Health Covered